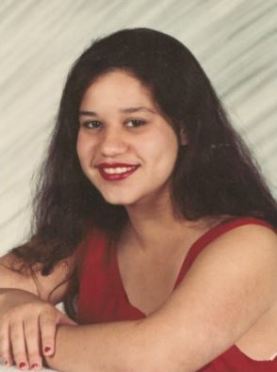 BROWNSVILLE, Texas (ValleyCentral) — A single teen mother raising her 9-month-old baby while attending high school was strangled and left on the side of the road for passerby to find; murder remains unsolved 27 years later. Carol Reed, 18, was seen for the last time on Monday, December 7, 1993. Reed’s body was found a day later by highway crews on the outskirts of Brownsville off of FM Road 1421 South of Highway 77/83, according to a release from Cameron County Sheriff Eric Garza. With no identification and semi-nude, Carol’s belongings were aired on local news stations for her family and friends to soon receive heartbreaking news with the masses. The Hanna High School senior’s body was found with only a pair of tennis shorts on with a Mickey Mouse watch. Foul play was instantly suspected, Brownsville PD reported to the Valley Morning Star that Reed was believed to have been strangled. Police adding that “the woman [Carol Reed] had bruises and marks around her neck.” On December 10, 1993, officials confirmed in a preliminary autopsy report that she had been strangled.