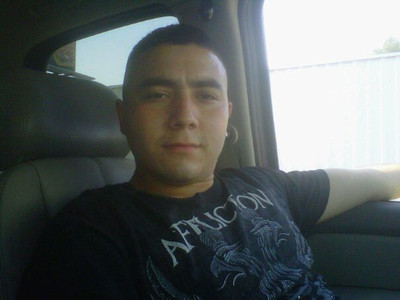 Antonio "Tony" Villegas Jr. Age: 20 Years Old Height: 5'6" Weight: 175 lbs. Last seen: Went Missing on Sunday, August 21, 2011, in South Mission. He was last seen wearing a black shirt, khaki shorts, and White Nike Sneakers. He has tattoos, including one that says "Death Before Honor" on his calf. Villegas, 20, disappeared on Aug. 21, 2011, left his home around 4 a.m. and wasn’t seen or heard from again until 9 a.m. Investigators found the clothes of a man who may have been kidnapped by illegal immigrants in Mission. The search for 20-year-old Antonio Villegas, Jr. continues after he did not return to his home in Alton early this week. Mission police are investigating the case while authorities, family members and volunteers search an area of brush in a southern part of the city. Authorities found Villegas' clothes on Tuesday morning. They are still treating the search as a rescue mission. Tong dial 911 at least 15 times on Sunday. The Alton man claimed to have been forced or abducted by a group of illegal immigrants. Anyone with information about Villegas' whereabouts is asked to call Mission Crime Stoppers at (956) 581-8477.