VICTIM DETAILS
SUSPECT DETAILS
CASE DETAILS
On August 25, 2002, at approximately 2:00 am the suspect(s) enter the residence and fatally shot Michael and Enedelia. The killings mystified Edinburg Police Department investigators and who have no clues who committed the murders of Jason Buckelew and his common-law wife, Enedelia Benavidez, 26, who were from Houston, Texas. They both were shot in the head located at 6315 Gold Avenue in Edinburg, Texas. Jason died shortly after at the Valley Baptist Medical Center in Harlingen, Texas and she died in San Antonio Texas Hospital. There was a third victim, Esmeralda Reyes, 26, who survived and remained in critical condition at the San Antonio hospital with a gunshot wound to the head. BENAVIDES and BUCKELEW were deaf and mute.This case remains unsolved. No Justice. No Peace.
CCR: Unknown
Date Reported: July 29, 2005 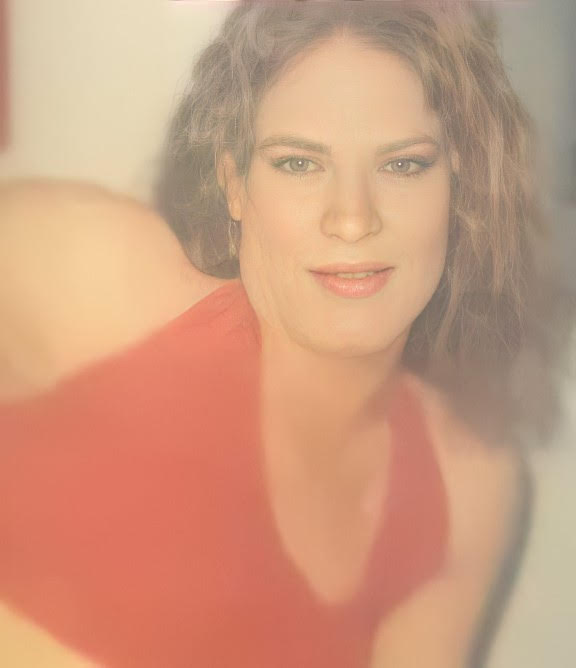 August marks 15 years since Ruben “Yiyo” Tarin de Patino was found murdered. Yiyo, 21, was found dead East of Wisconsin Road in the city of Edinburg in 2005. “He was found burned,” said Hermelinda Chavez with the Hidalgo County Major Crimes Unit. Yiyo was described by family and friends as confident and proud. “She was described as a person who didn’t like to hide her lifestyle,” said Chavez. “She was never ashamed of how she dressed and she was very outgoing with a lot of friends.” Yiyo was last seen by her mother on July 27. She had met several friends and her sister during the day and assisted another friend with car trouble. Yiyo came home and told her mother she was meeting yet another friend, this was around midnight. “She would visit a lot of nightclubs around the area, McAllen and Edinburg,” said Chavez. “She was not aggressive but definitely defended herself.” Chavez added all of the friends that Yiyo met on July 27 were interviewed and had alibis. Investigators and family never confirmed who she had met, according to Chavez. “Family never knew who she met, it was never confirmed,” said Chavez.
CCR: 03-31103
Date Reported: December 24, 2002 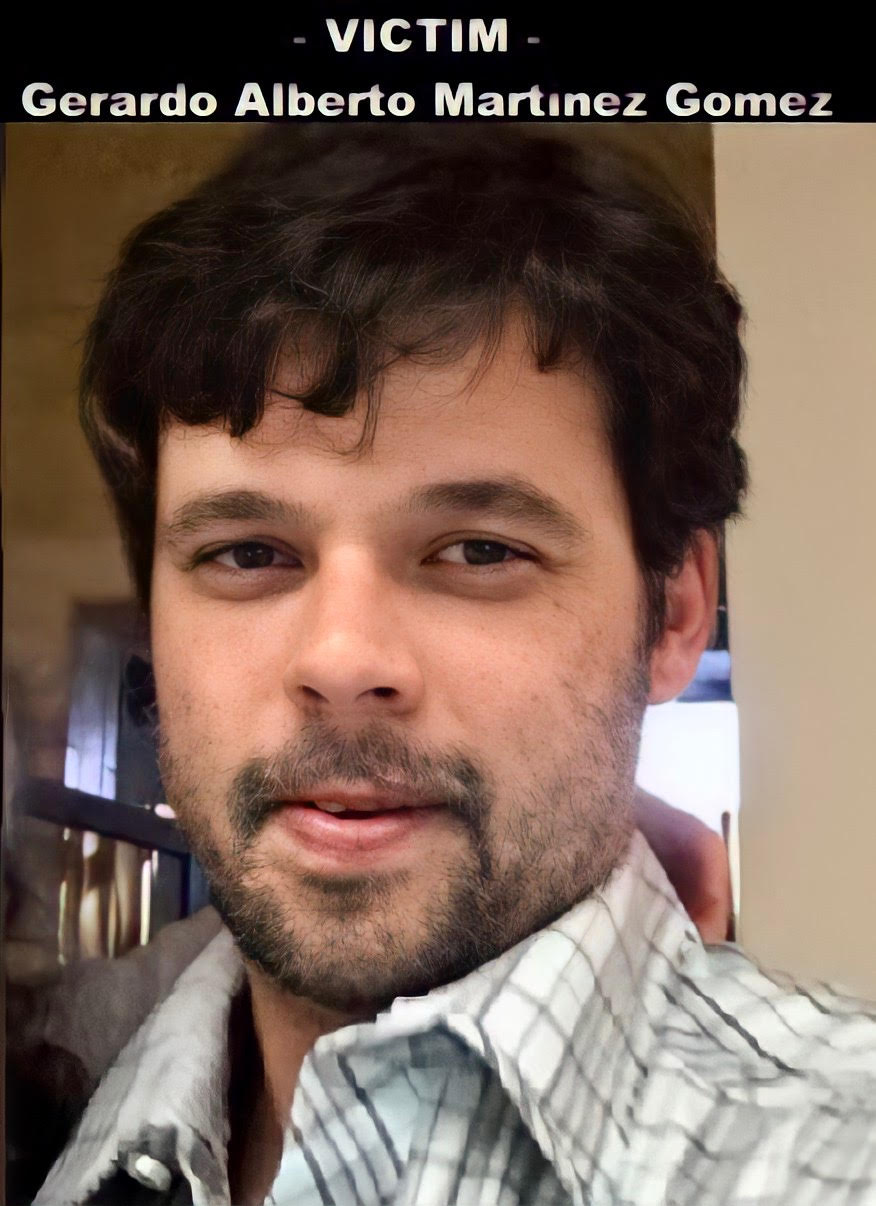 Hidalgo County Sheriff Eddie Guerra on Tuesday identified the victim of a homicide that occurred Monday night. Gerardo Alberto Gomez Martinez, 38, of Mission was found dead near Alton. As CBS 4 News previously reported: At about 10 p.m. Monday, the Hidalgo County Sheriff’s Office dispatched deputies to investigate a call about shots fired near the intersection of Mile 7 and North Los Ebanos Road, said Sheriff Eddie Guerra. Investigators found a 38-year-old Hispanic man — wearing blue jeans and a red jacket — dead at the scene. “There was a four-door Nissan passenger car here at the scene. We believe that the victim got to this location in that car,” Guerra said. “The neighbors do not recognize the victim nor the vehicle.” Guerra said investigators determined the Nissan’s license plates didn’t match the vehicle.
CCR: 11-26645
Date Reported: June 27, 2011 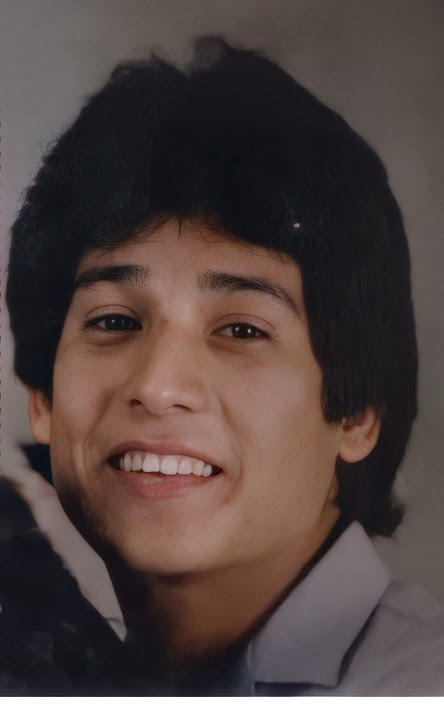 BROWNSVILLE, Texas (ValleyCentral) — A young man’s Saturday night out took a turn for the worst as his body was discovered a few hours later “bullet-riddled” and left for passerby’s to find. 30 years later, Guadalupe Lozano III’s murder remains unsolved with no arrests. Like many in their youth, Lozano hit the town for a night out on April 27, 1991. Lozano was last seen Sunday early morning around 2 a.m. getting into a Mercury Cougar with Mexican licenses plates along with 3 other men. Leaving a popular location at the time, the Casa Blanca Night Club in Brownsville, Lozano was never seen by the public after calling his evening a night with the other men. Cameron County Sheriff Deputies reported the body was found along Highway 4 at around 7:30 a.m. April 29, according to a report from the Valley Morning Star. Lozano’s body was discovered approximately a mile east of the Village Hut Store on Highway 4, according to a release from Cameron County Sheriff Eric Garza. Cameron County Sheriffs Office spokesperson told the Valley Morning Star that Lozano’s body was discovered with 13 bullet wounds to his head. Lozano’s body was identified through his numerous tattoos, one including his last name. Investigators later identified one of the three men as Bernabe Sosa, but have not made any arrests in the case. This case remains an open investigation. If you have any information on this case, please call the Cameron County Crime Stoppers at their hotline: (866)-350-5551 or (956)-350-5551.
CCR: 17-47711
Date Reported: December 8, 2017 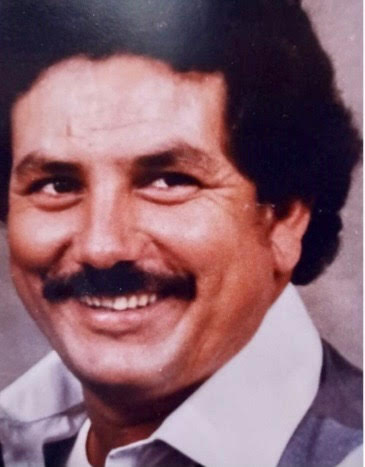 CAMERON COUNTY, Texas (ValleyCentral) — A knock on the door from a stranger lead to the abduction and murder of a local man. 33 years later, the murder of Eduardo A. Cuellar remains unsolved with no arrests. On October 18, 1988, at approximately 6 p.m. two men arrived at Cuellar’s front door asking for him by name. Cuellar approached the men outside his home when a man put a gun against his rib cage area and forced Cuellar into a black Chevy Balzer where a third man was waiting. The gunman was described as a Mexican man with a mustache wearing a baseball cap, weighing approximately 160 pounds with a height of 5 feet 6 inches, and is estimated to be around 30 years old, according to the Cameron County Sheriffs Office. Family members of Cuellar followed the Chevy from a distance. The vehicle turned around after Cuellar’s body had already been left on the side of the road with multiple gunshot wounds. Investigators say the suspect’s last name may be “Leal” or “Lopez.” This investigation remains active and unsolved. If you have any information on this case, please call the Cameron County Crime Stoppers at their hotline: (866)-350-5551 or (956)-350-5551.
CCR: 90-010906
Date Reported: July 31, 1990